The Textiles Born from the Snow, "Echigo Jofu" 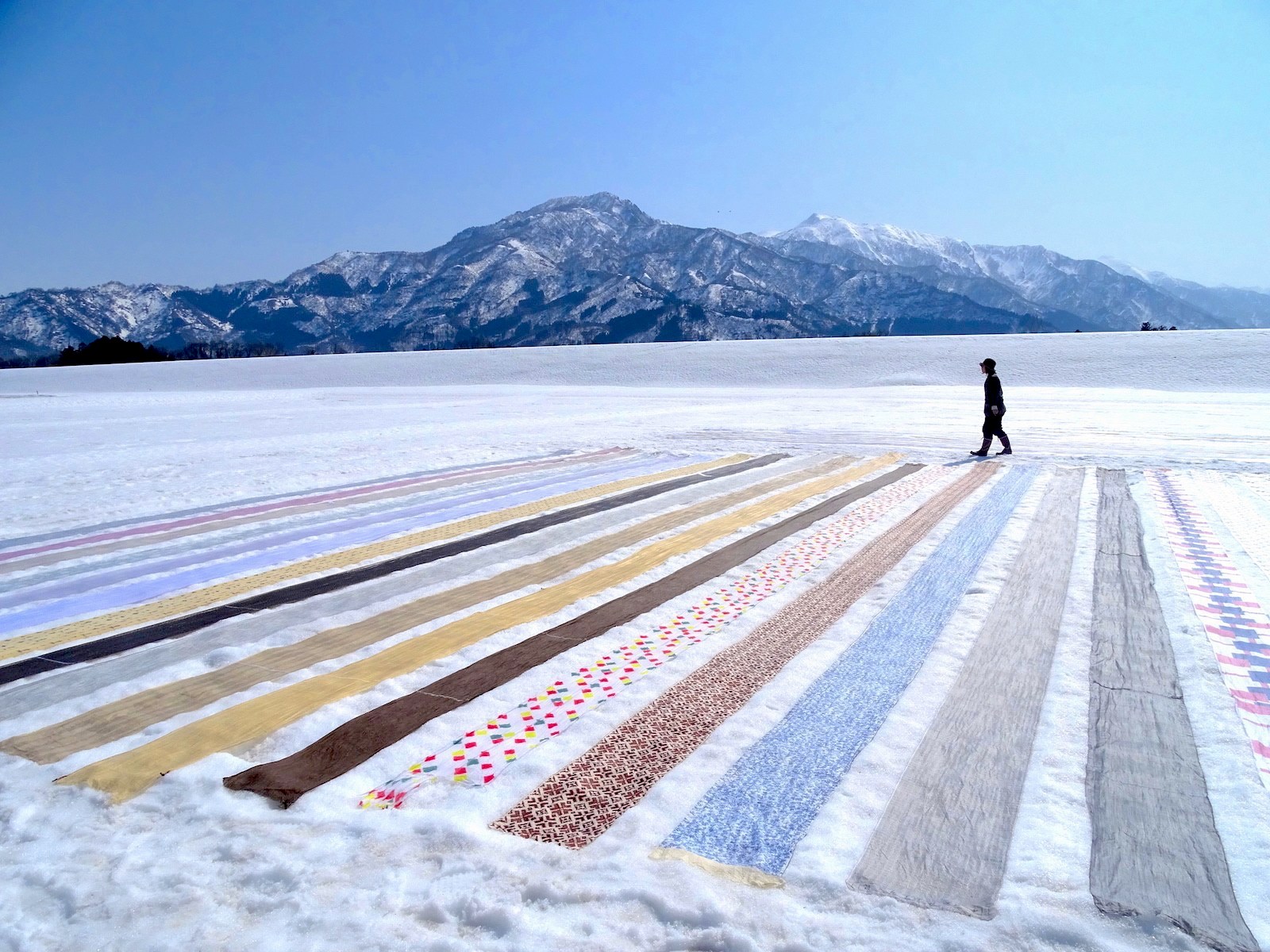 Fabrics Composed of the Nature and Lifestyle in Snow Country

The textiles born from the snow, “Echigo Jofu,” are referred to as pieces of art. Having considerable history, “Echigo Hemp Textile” artifacts have been kept in the ancient Shosoin treasure house in Nara, and Echigo Jofu is believed to have been made as early as 1200 years ago. Records of these fabrics being offered as sophisticated gifts to the imperial court and heirs the shogun exist, and they have continued to receive high appraisal since.

The main material in Echigo Jofu is type of hemp called the Ramie plant. Taking the fibers from within the plant’s stalk after thinly splitting them with one’s nail, the ends of each fiber are intertwined and connected one by one to make string. This meticulously-woven handmade craft involves a textile-making process that has been passed on for generations with hardly any changes from its original method.

This fabric is breathable, light, and feels sleek to wear, earning a status as the highest quality hemp fabric for summer. In 1955 (30th year of the Showa era), the techniques were designated as a national intangible cultural asset, and in 2009 (21st year of the Heisei), it became Japan’s first ever textile making technique to be registered a UNESCO Intangible Cultural Asset.

Since long ago it has existed in a heavy snowfall region in Minamiuonuma. If the ample moisture from this snow were lost the fabrics would dry out and fray, but it is as if this area is perfectly suited for preserving this hemp string. Echigo Jofu came to be made in its ideal natural environment, benefitting from the patience and sincerity cultivated amid a local lifestyle buried under snow for nearly half the year.

“In the snow string is formed, in the snow it is woven, in melted snow it is washed, above the snow it is refined. Where there is snow there are Chijimi in the Echigo region. Both man and snow have worked to produce these prized wares, and the Uonuma region`s snow demands respect as the Chijimi’s forefather.”

Referring to Echigo Jofu as “Chijimi” in his famous work Tales of Snow Country, Edo period author Suzuki Bokushi wrote about the deep connection that these textiles had with aspects of the snow country environment.

On fair-weather days between mid-February and March, the snow refinement or “Yuki-zarashi” where Echigo Jofu is spread out over the snow is performed. Through the power of sunlight and snow, this would whiten the cloth and serve as a seasonal reminder that spring is on the way.

Echigo Jofu truly is a gift received from the snow. It is a hemp textile that continues to be made even today, bringing us together with the natural environment and the wisdom of our Snow Country ancestors.

In Minamiuonuma there are certain textiles, Shiozawa Tsumugi, Hon Shiozawa, and Natsu Shiozawa, for which the Echigo Jofu fabric-making techniques have been applied to silk. Artistic designs made up of fine cross-like and tortoise shell patterns are one of the special appeals of these Shiozawa textiles.

At our business we produce hemp textiles like Cultural Asset Echigo Jofu and traditionally hand-spun Historic Echigo Jofu, and silk textiles like Shiozawa Tsumugi, Hon Shiozawa, and Natsu Shiozawa, striving to create the finely patterned and textured products that we claim have become our specialty. We would be grateful if you were to experience wearing one of our garments, and there are many smaller woven goods we have that incorporate the Echigo Jofu traditions as well. 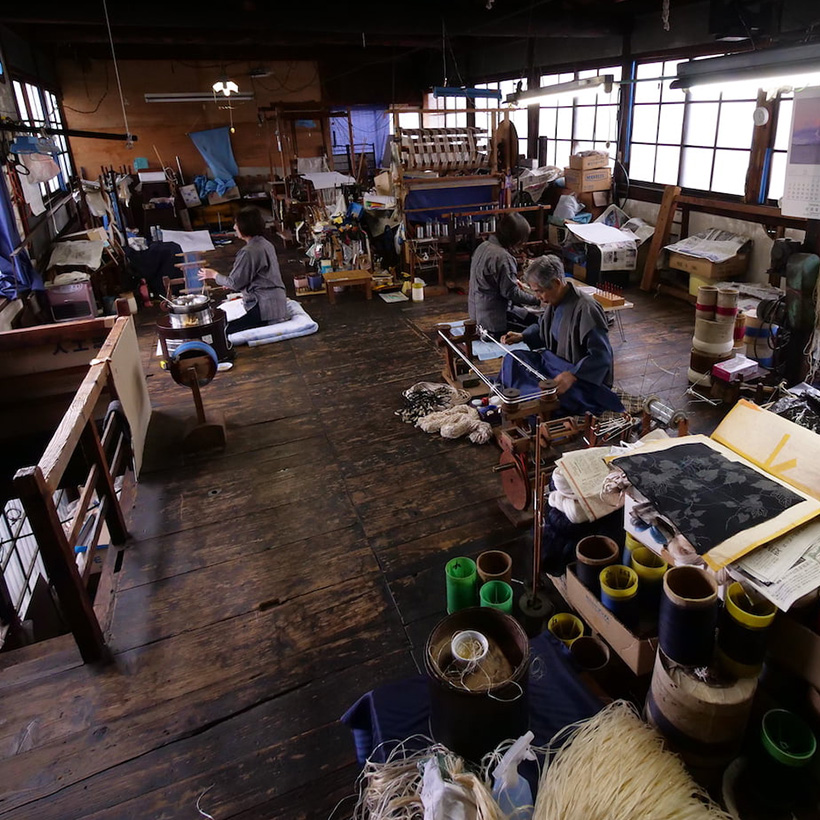