The Taste of Spring in Minamiuonuma 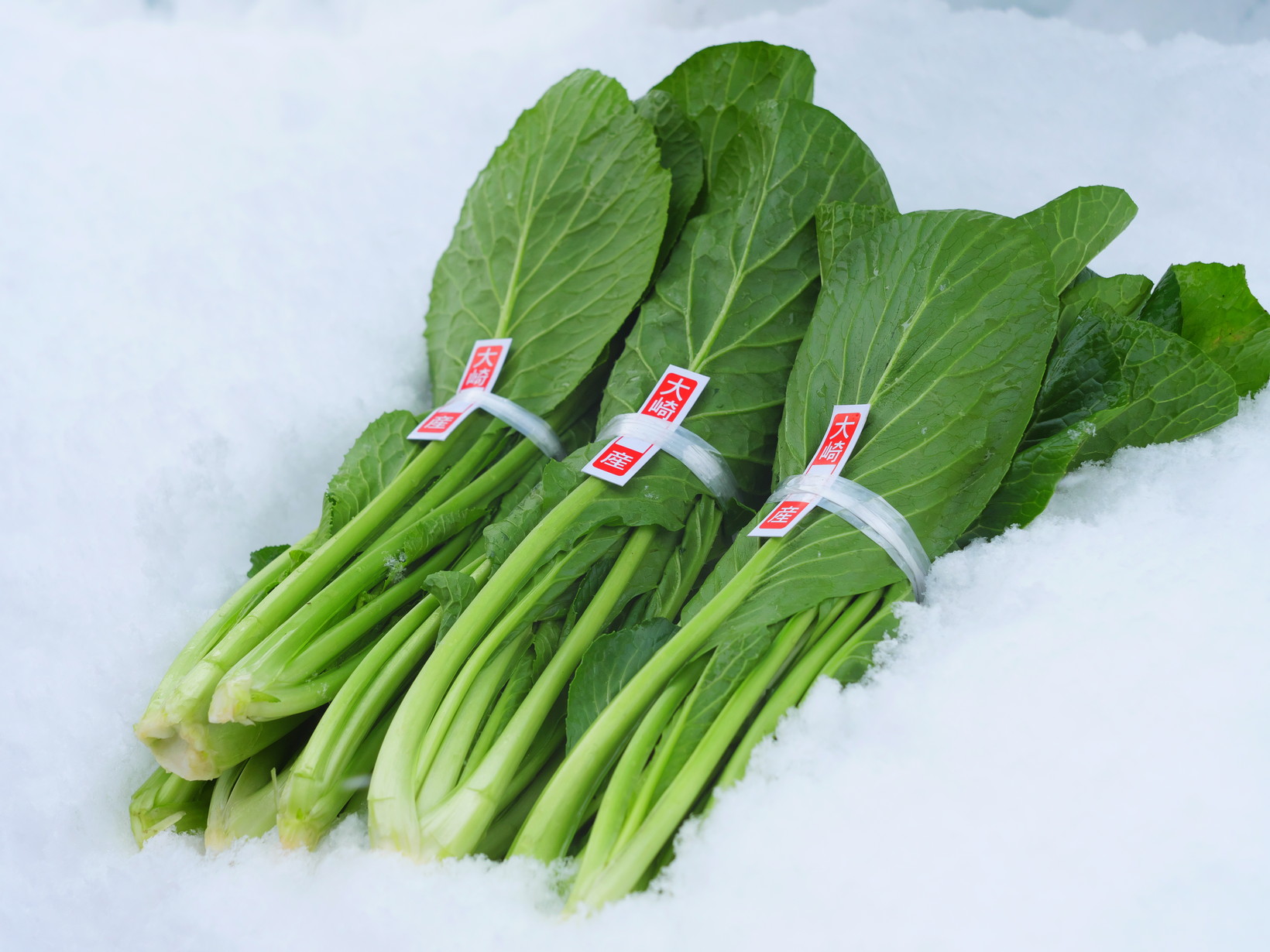 There is a special type of vegetable harvested through winter and early spring in Niigata Prefecture that falls into the mustard flower family. These vegetables, known collectively as “tou-na,” are leafy greens that all have a flowering stalk in their center which can be picked and eaten. Here in Minamiuonuma, there is a particularly special plant known as Osaki Spinach, grown in the Osaki village of the city’s Yamato district. Since long ago, these greens have come in handy as a precious source of nutrients in the winter season when fresh vegetables are hard to come by. And over the past 300 years, the peculiar, mild bitterness and sweetness of Osaki Spinach has come to be seen as the taste that signals the coming of spring in Minamiuonuma.

The Beginnings of Osaki Spinach

Among farmers in the Osaki area, it is said that Osaki Spinach was originally shared by the monks at Daijoji Temple of Kanazawa in the Edo period. Daijoji Temple was the family temple of the powerful Maeda Samurai clan regarded for their control over Japan’s Hokuriku region during the Sengoku and Edo periods.

A monk dispatched to this temple took notice of a leafy green vegetable called “Yukina” that was being grown in a settlement blessed with clear water nearby the temple. There he had the idea that it could likely be cultivated in the soil of his hometown of Osaki, so he pleaded they sell him many of the vegetable’s seeds, which he was then given, thus marking the beginning of this Osaki Spinach crop.

Osaki Spinach has been raised by Takiya Spring Water, a pure water flowing in copious amounts from the Takiya neighborhood in Osaki village at the base of Mt. Hakkai. Freshwater mountain springs like this are said to be rare in Niigata because the spring water is cold in the summer, warm in the winter, and flows in abundance no matter the time of year.

Osaki Spinach is grown from the seeds harvested by each individual farmer from their respective plants in the previous growing season. However, if you take these same seeds and try to plant them elsewhere the plant’s flavor will be completely different, another reason you could say this is a special produce made possible thanks to the benefits of spring water.

Osaki Spinach is harvested beginning in December. First, the flowering stalk in the center of the plant is picked, and the greens that then grow from axillary buds are harvested after this. The flowering stalk that is harvested to begin is called the First Crop, the greens from the axillary bud harvested next become the Second Crop, and finally, the greens harvested from the remaining axillary bud are called the Third Crop. The later the crop is harvested the less bitter it becomes, and its sweetness grows even stronger. This is explained by a natural process in the Osaki Spinach where to prevent the plant cells from freezing in the bitter cold of Minamiuonuma’s long, harsh winter the plant stores dense amounts of vitamins and sugars generated through photosynthesis.

The Popular Leafy Greens Being Preserved in Snow Country

Almost all Osaki Spinach crops are grown inside of greenhouses as opposed to standard outdoor cultivation. Streams of the Takiya Spring Water flow around the outside of the greenhouse, and this water melts the snow for us, keeping it from accumulating normally. Yet, this Snow Country region is often prone to extraordinary snowstorms that bring more than one meter of snowfall in only a day’s time. In these instances, the spring water can begin flowing beneath the deep snow without melting it and there is risk of the greenhouses collapsing, requiring farmers to dawn snowshoes and labor away stomping and clearing snow surrounding the structures sometimes late into the night. However, despite these toilsome tasks that come with Snow Country agriculture, the taste of this Osaki Spinach that was first cultivated in the Edo period and the traditions that it holds are being preserved by a dedicated band of local farmers today.

If you are ever able to travel here to Minamiuonuma, please enjoy your fill of the Osaki Spinach grown at the base of the sacred Mt. Hakkai, all while validating the ambitions of that Zen monk from this region all those years ago. 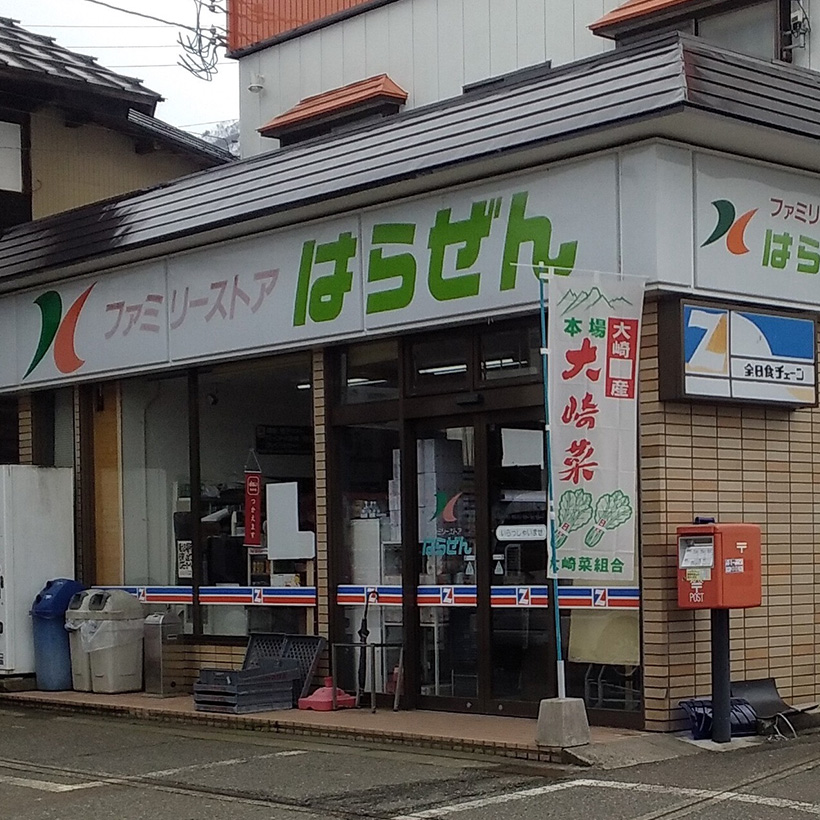 The Taste of Spring in MinamiuonumaA Vegetable bearing 300 years of History: Osaki Spinach
0:00 -0:00