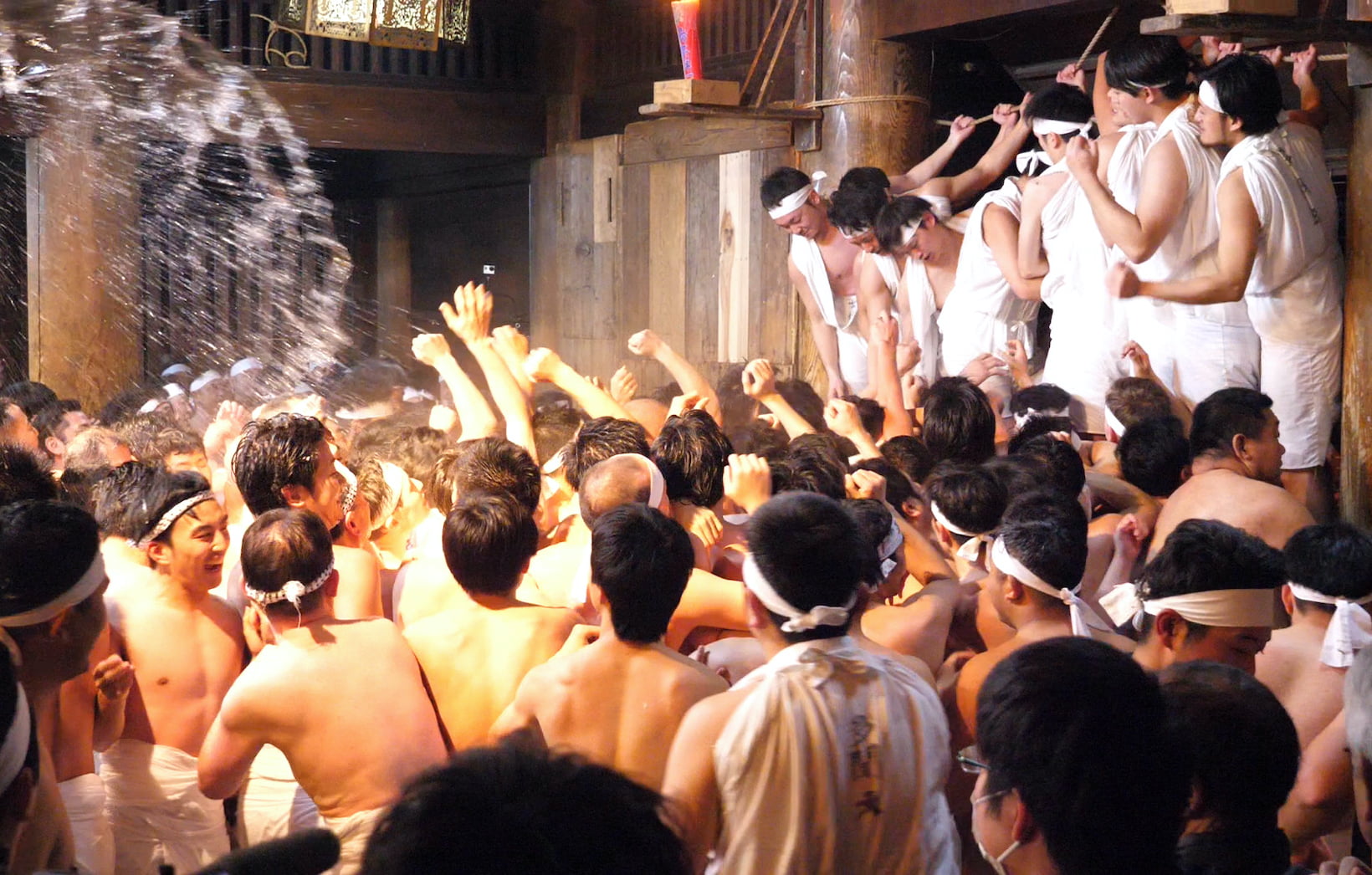 Marking the arrival of spring in the deep snow country of Minamiuonuma is the Echigo Urasa Bishamondo Naked Crowd Festival. A seasonal activity that has continued local traditions since olden times, this festival has become a symbol of the passing seasons. This great Naked Crowd Festival, held in sometimes even more than 2 meters of deep snow on the first Saturday evening of March, has been enumerated as one of Japan’s 3 Great Bizarre Festivals.

Approximately 1200 years before now, Sakanoueno Tamura was credited with raising this enshrinement hall, paying worship to the guardian Buddha Vaishravana and uniting the local villagers through prayer for tranquility of the nation. At the same time, prayers for abundant crops, the safety of family members, and good health were also offered here, and it is told that celebratory feasts with song and dance which raised patrons’ spirits were the beginning of this regional tradition.

Formerly once each year, on the third day of the New Year the doors to the enshrinement hall were opened and the principle Buddhist idol was unveiled from its bamboo blinds. Visitors from far and wide with a deep faith in the guardian Buddha Vaishravana gathered for this event in great numbers as the temple thrived. Those in this large crowd of believers sought to be closer to the guardian Buddha than anyone else and would jostle for and crowd in the best spaces to offer prayers. To reduce the heat from this physical activity and ward off disaster through profound rituals for good luck from the spirit, cold-water ablutions were performed before participating. It’s said that once this activity had been mixed into the event, the number of participants choosing to remain unclothed gradually increased.

This same spirit has been passed down to current generations as well. The appearance of this gathering of men with their torsos bared chanting “Sanyo, Sanyo” while jostling amongst each other exudes a sense of bravery and unfaltering vigor.

Among the crowds within the hall, men born in the current year of the Chinese calendar and those making offerings to the temple are briefly transformed into Vaishravana, and charms like wooden or silver & gold cups as well as ashen figures symbolizing Vaishravana are scattered about. The chanting of “Sanyo” is done as a call for these charms and with them blessings from the guardian Buddha.

As another feature to this lively affair, giant candles exceeding 30kg in weight are touted as two lines proceed into the Bishamondo. The entering and parting of the jostling crowd with majestic flames almost appears to be an illusion, captivating the eyes of all who had come to watch. In recent years many ordinary men from other cities and prefectures have come to take part in the festival, and foreigners jostling within the crowd have been caught sight of before as well.

The final stage of the event that is performed, Sasara-suri, involves dawning a black lacquered headpiece, the eboshi, and kariginu, informal clothes of the nobility including hakama-style pants. The hakama-dressed men of the appropriate Chinese calendar year are lifted up and carried into the temple. The remaining men who had been jostling in the crowds up to this point then file into 3 or 4 lines and form a circle centered on their ornately-dressed peers, and then, through chants of “Sanyo, Sanyo,” a plentiful harvest and happiness throughout the year are wished for on their behalf.

Long ago, men in the village would appear together to perform service work at events like festivals, and this gathering of young men was labeled as a “youth group.” This youth group was the origin for the current Urasa Tamon Youth Association.

Made up of close to 120 men who had grown up in the local area, this association’s members together take complete responsibility for managing preparations for the Naked Festival and administering events concerning the Bishamondo and its surrounding neighborhood. As listed by the group leader, the first priority of all members is a day-in and day-out devotion to the success of their main festival and serving an active role while sharing this whole-hearted spirit. Their impressively dedicated hard work has garnered admiration from many, and this mentality continues to be passed on to subsequent generations. 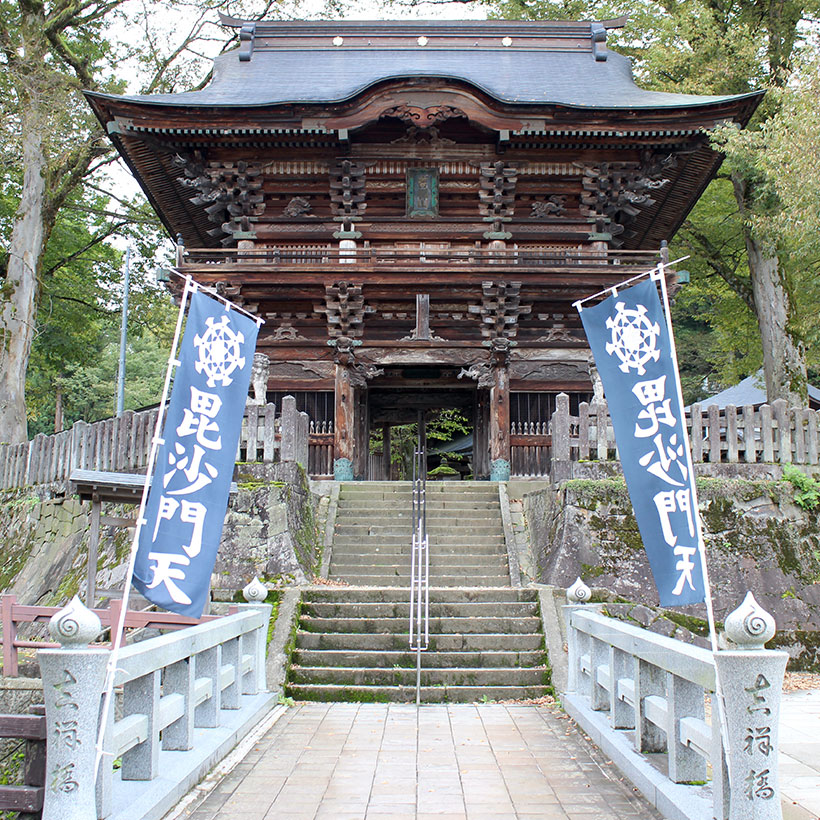