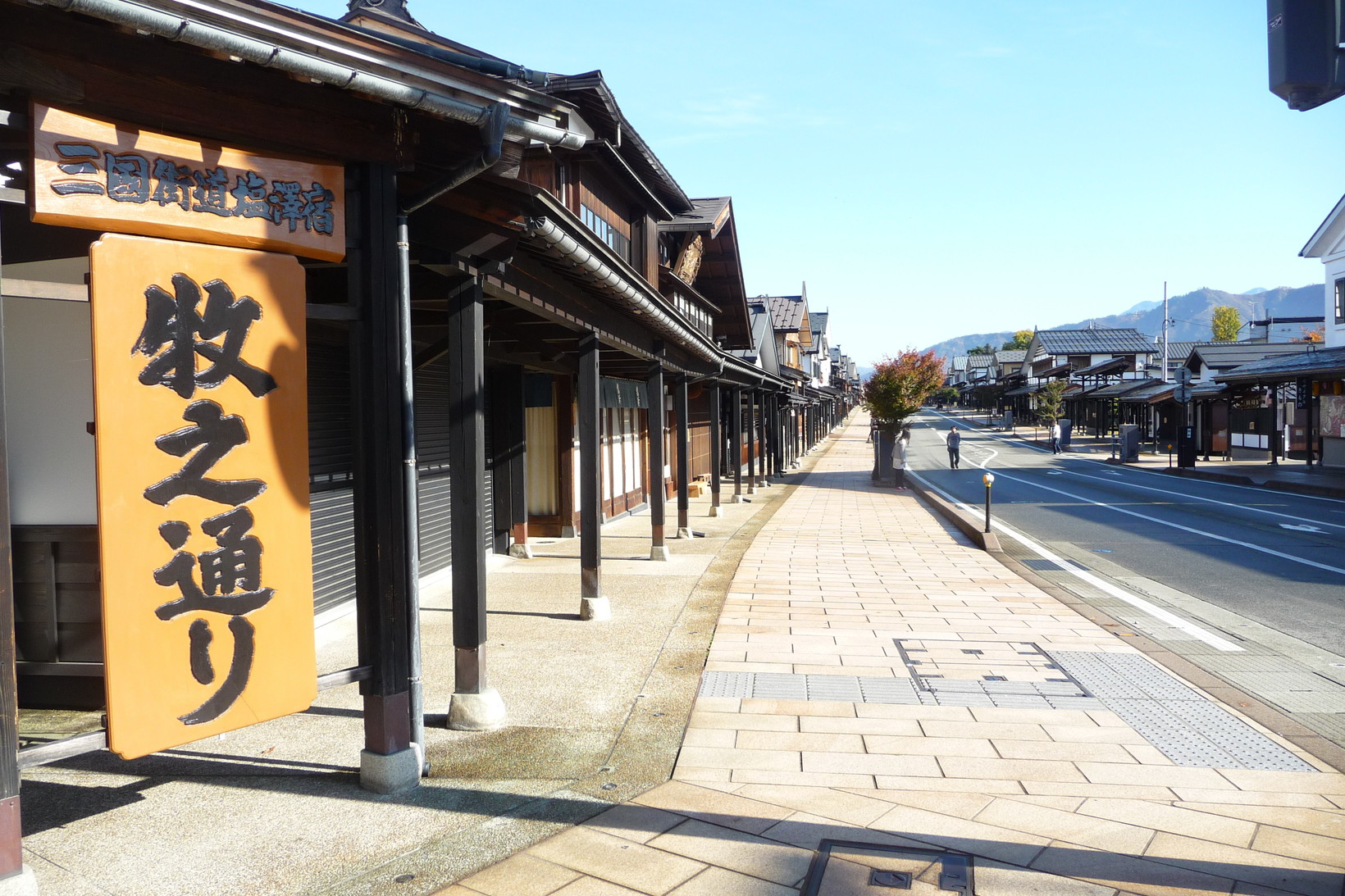 The name of Bokushi Street came as an homage to the Edo period author from Echigo’s (present-day Niigata) Shiozawa area, Suzuki Bokushi (1770 ~ 1842). In his prized work, Snow Country Tales, the customs and way of life in Snow Country were portrayed in fine detail. Introducing the unique culture of this region to the rest of Japan, the book became a best-seller at the time and is regarded today as a valuable piece of scholarly Japanese literature.

Shiozawa lies in one of Japan’s prominent heavy snowfall areas, and was once a bustling inn town along the Mikuni Kaido connecting the Kanto and Echigo regions. However, faced with the aging of shopkeepers, a decline in the residential population, and the rise of large-scale suburban stores, storefront vacancies began to increase, and revitalization initiatives became a common objective in rural areas like this all over Japan.

Accordingly, using a roadway improvement project as a catalyst, ambitions of designing a street that would embrace traditional Snow Country architecture in Shiozawa were clarified. Unification of the outer appearance and design of buildings, a subdued color scheme, and also widening the road by 2 meters for space to install gangi covered walkways were all measures included in this independent community building agreement to recreate the unique appeals of a traditional Snow Country townscape.

Now, allow me to explain a key feature of the townscape, gangi covered walkways. “Gangi” is the term used in this region for eaves that extend out in front of houses. An example of wisdom in the local lifestyle, a gangi-dori like the one re-envisioned here is a road with covered walkways alongside it to ensure that the route can be taken even when heavy snowfall piles up during winter. These walkways were first used in the early Edo period often in cities along the Sea of Japan coast, but after the Meiji period they began to disappear. On Bokushi Street there was a small stretch of these walkways still remaining, but along with the large road development the gangi covered walkways were fully revived in this townscape.

In 2011, Bokushi Street received the Urban Landscape Award Grand Prize. The expansive blue skies of autumn and winter, picturesque mountain ranges, gentle undulations of the ground, spaces where nature and town have been woven together seamlessly, and gangi walkways that all make up the unique style of Snow Country come from the same modest yet unwavering sense of originality responsible for producing Shiozawa’s famous Echigo Jofu and Shiozawa Tsumugi textiles. The atmosphere of Bokushi Street could not be achieved by simply following a set of rules or unifying stylistic elements, but is the result of community development that emphasizes the independent personality of this region. This personality is what defines the atmosphere of Bokushi Street. The townscape exists as a translation of the lifestyle and culture of the people living in our community, and the success we have seen thus far indicates the strength of a town raised by Snow Country.

As for specific events, the Snow Viewing Hina Doll exhibit from the 3rd Saturday in February until April 3rd celebrating the lunar calendar Hinamatsuri (Girl’s Festival), and the Tales of Tsumugi event from October 1st to November 23rd are both traditions with profound ties to Snow Country. These events involve exhibiting traditional Japanese dolls in the snowy winter landscape and the snow refinement of Echigo Jofu to enhance the fabric’s quality, respectively. Each household has their own traditional dolls and Echigo Jofu or Shiozawa Tsumugi garments that have been kept in their families for generations. Through placing them on display the stories and traditions that each family holds are shared with the community.

The organizer of these events is the “Shaga no Kai,” a community group made up of women living in the Bokushi Street area. Demonstrating the capabilities and unique perspectives of the women in Snow Country, this organization continues to largely contribute to the succession and advancement of Bokushi Street.

Community development is not a short-term objective that can be accomplished in a decade or two. The dream of perfection is something that should be sought after and progressed toward gradually over a long period of time. We believe that Bokushi Street has become a stage for showcasing our original local culture, and we anticipate that efforts to raise the demeanor and sense of pride in the local community to an even higher level will continue for many years to come. 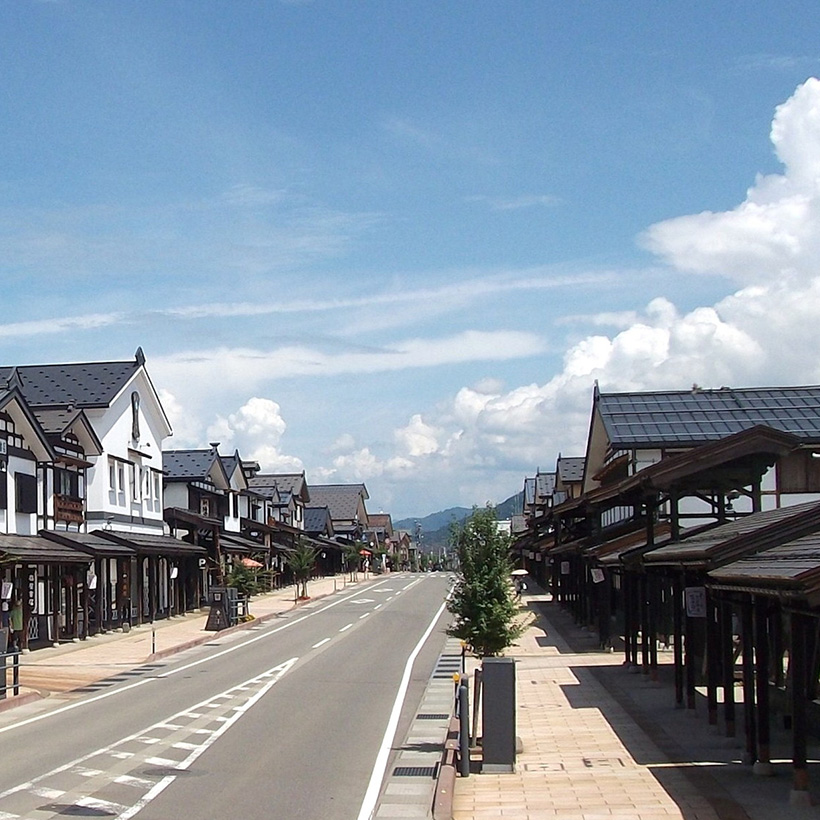